"The Wanderer in Unknown Realms" by John Connolly
www.amazon.com

“Books alter men, and men, in their turn, alter worlds.”

Soter is a man who has been haunted by World War I. But when he’s sent to investigate the disappearance of Lionel Maudling, the owner of a grand country house whose heir may be accused for his death, he encounters a home that will lead him to nightmares he could have never imagined.
Maudling’s estate houses countless books of every sort—histories, dramas, scientific treatises. But none seems to offer Soter any hint to Maudling’s whereabouts, until he’s led to an arcane London bookseller where the reclusive scholar made his last purchase. What Soter finds at the end of a twisted maze of clues is a book like no other, with a legacy that will put everything he knows in danger…

An inventive horror novella from internationally bestselling author John Connolly, this is a story of madness, of obsession, and of books’ power to change the world.

In this clever and quirky follow-up to The Gates and The Infernals, Samuel Johnson’s life seems to have finally settled down—after all, he’s still got the company of his faithful dachshund Boswell and his bumbling demon friend Nurd; he has foiled the dreaded forces of darkness not once but twice; and he’s now dating the lovely Lucy Highmore.

But things in the little English town of Biddlecombe rarely run smoothly for long. Shadows are gathering in the skies; a black heart of pure evil is bubbling with revenge; and it rather looks as if the Multiverse is about to come to an end, starting with Biddlecombe. When a new toy shop’s opening goes terrifyingly awry, Samuel must gather a ragtag band of dwarfs, policemen, and very polite monsters to face down the greatest threat the Multiverse has ever known, not to mention assorted vampires, a girl with an unnatural fondness for spiders, and highly flammable unfriendly elves.

The latest installment of John Connolly’s wholly original and creepily imaginative Samuel Johnson Tales, The Creeps is humorous horror for anyone who enjoys fiction at its best.

*
Samuel Johnson is not in a happy place.He is dating the wrong girl, demons are occupying his spare room, and the town in which he lives appears to be cursed. But there is some good news on the horizon. After years of neglect, the grand old building that once housed Wreckit & Sons is about to reopen as the greatest toyshop that Biddlecombe has ever seen, and Samuel and his faithful dachshund Boswell are to be guests of honour at the big event. A splendid time will be had by all, as long as they can ignore the sinister statue that keeps moving around the town.... 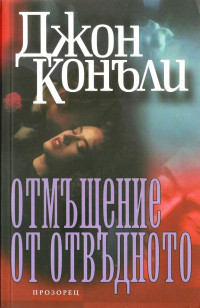 It is 1915, and war is raging in Europe. In the small English village of Underbury, a man lies dead, torn apart by an unseen killer. Two detectives from Scotland Yard are sent to look into the death. But they soon find this is no ordinary murder.

"Conquest" by John Connolly and Jennifer Ridyard
(The Chronicles of the Invaders #1)
www.amazon.com

Earth is no longer ours...
It is ruled by the Illyri, a beautiful, civilized, yet ruthless alien species. But humankind has not given up the fight, and Paul Kerr is one of a new generation of young Resistance leaders waging war on the invaders.
Syl Hellais is the first of the Illyri to be born on Earth. Trapped inside the walls of her father’s stronghold, hated by the humans, she longs to escape.
But on her sixteenth birthday, Syl’s life is about to change forever. She will become an outcast, an enemy of her people, for daring to save the life of one human: Paul Kerr. Only together do they have a chance of saving each other, and the planet they both call home.
For there is a greater darkness behind the Illyri conquest of Earth, and the real invasion has not yet even begun...

*
The first in a stunning new science fiction trilogy, Conquest introduces a world where humanity has been conquered by a powerful alien rulership - unless a group of young rebels can unlock their powers and help rescue humankind from its terrible fate.Earth has been invaded by the Illyri - a beautiful, civilized, yet ruthless alien race. The Resistance grows stronger against the invaders, for it is up to the young people of the Earth to lead the battle and save humanity.
Syl Hellais, conceived among the stars, is the oldest alien child on Earth. The daughter of one of the planet's rulers, she has hidden gifts and powers that she does yet fully understand.
But all is not as it seems. Secret experiments are being conducted on humans, the Illyri are at war among themselves, and the sinister Nairene Sisterhood has arrived on Earth, hungry for new blood. When Syl helps a pair of young fighters escape execution, she finds herself sentenced to death and pursued by her own kind. Soon, she even risks breaking the greatest taboo of her race by falling in love with a human.
Now the hunter has become the hunted, and the predators have become prey. And as Syl is about to learn, the real invasion is yet to begin...

"The Wolf in Winter" by John Connolly
(The 12th book in the Charlie Parker series)
www.amazon.com

The community of Prosperous, Maine has always thrived when others have suffered. Its inhabitants are wealthy, its children’s future secure. It shuns outsiders. It guards its own. And at the heart of Prosperous lie the ruins of an ancient church, transported stone by stone from England centuries earlier by the founders of the town…
But the death of a homeless man and the disappearance of his daughter draw the haunted, lethal private investigator Charlie Parker to Prosperous. Parker is a dangerous man, driven by compassion, by rage, and by the desire for vengeance. In him the town and its protectors sense a threat graver than any they have faced in their long history, and in the comfortable, sheltered inhabitants of a small Maine town, Parker will encounter his most vicious opponents yet.
Charlie Parker has been marked to die so that Prosperous may survive.
Prosperous, and the secret that it hides beneath its ruins…