delphipro
Follower of the Eld

"Odd Thomas: You Are Destined to Be Together Forever" by Dean Koontz
www.amazon.com

The singular journey of Odd Thomas is approaching its unforgettable conclusion in Saint Odd. But before Odd’s destiny is revealed, this exclusive eBook short story looks back—way back—to where it all began for Odd Thomas and Stormy Llewellyn, two souls who are destined to be together forever.

Amid the dizzying rides, tantalizing games of chance, and fanciful attractions of a state fair, two teenage sweethearts on the cusp of life and love’s pleasures find their way to a shadowy carnival tent brimming with curiosities. There, from the bizarre and enthralling Gypsy Mummy, a mechanized merchant of dreams and prognosticator of tomorrows, the young couple learns what fate promises for them. But fate, for Odd Thomas and Stormy Llewellyn, is something altogether different: full of dark corners, sharp edges, and things no seer or soothsayer could ever anticipate.
And for Odd Thomas, a gallant fry cook from a sleepy California desert town, the future beckons—to listen to unquiet spirits, pursue unsettling mysteries, and learn shocking truths... for a purpose far greater than himself.

Dean Koontz brings the unforgettable odyssey of Odd Thomas to its dazzling conclusion.

Odd Thomas is back where it all started... because the time has come to finish it. Since he left his simple life in the small town of Pico Mundo, California, his journey has taken him to places strange and wonderful, mysterious and terrifying. Across the land, in the company of mortals and spirits alike, he has known kindness and cruelty, felt love and loss, saved lives and taken them—as he’s borne witness to humanity’s greatest good and darkest evil. Again and again, he has gone where he must and done what he had to do—for better or worse—with his courage and devotion sorely tested, and his soul forever changed. Every triumph has been hard won. Each sacrifice has taken its toll.
Now, whatever destiny drives him has finally steered his steps home, where those he cares for most surround him, the memory of his tragically lost true love haunts him, and one last challenge—vast and dreadful—awaits him. For Odd Thomas, born to serve a purpose far greater than himself, the wandering is done. Only the reckoning remains. 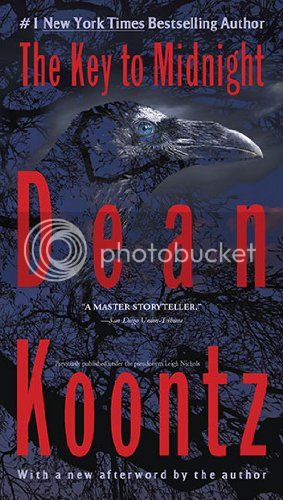 Joanna Rand left the U.S. ten years ago to sing in a Japanese nightclub. Ever since, she's been plagued with nightmares of terror. There is only one man who can help her—Alex Hunter. Ten years ago he saw her picture in the papers—-as a senator's daughter who had disappeared. Now he has to bring her memories back to her, memories of a past more terrifying than they dreamed possible…